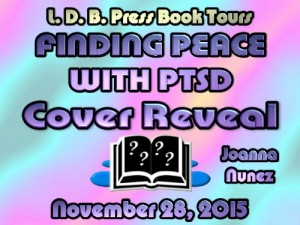 I’ve a little goodie to share with you all today.

Joanna Nunez’s debut hits the shelves this December, and all of you get to see the book’s cover.

She’s thoroughly researched everything on PTSD and has compiled the information in a book that delves deep into the condition and also gives us insight as to what it is. I can’t wait for it to release soon enough.

Without further ado, here’s a peek at the book’s cover.

No one ever has a perfect family life.

As a licensed clinical social worker, Joanna begins working with Operation Enduring Freedom and Operation Iraqi Freedom veterans and learns about the in-depth horrors of combat zone traumas and unforgettable memories. Working with these men and women, she is able to identify parallels in their interactions with their families and her family while growing up.

From an early age, Joanna always wondered why her relationship with her father was so strained. Wanting to break down the barriers that have always existed between them, she asks her father to help her understand PTSD from the soldiers’ point of view. Their work together soon grows into a memoir of her father’s time in Vietnam, her clinical viewpoint on how his trauma has affected their family life, and a guideline for those that live with a combat veteran. 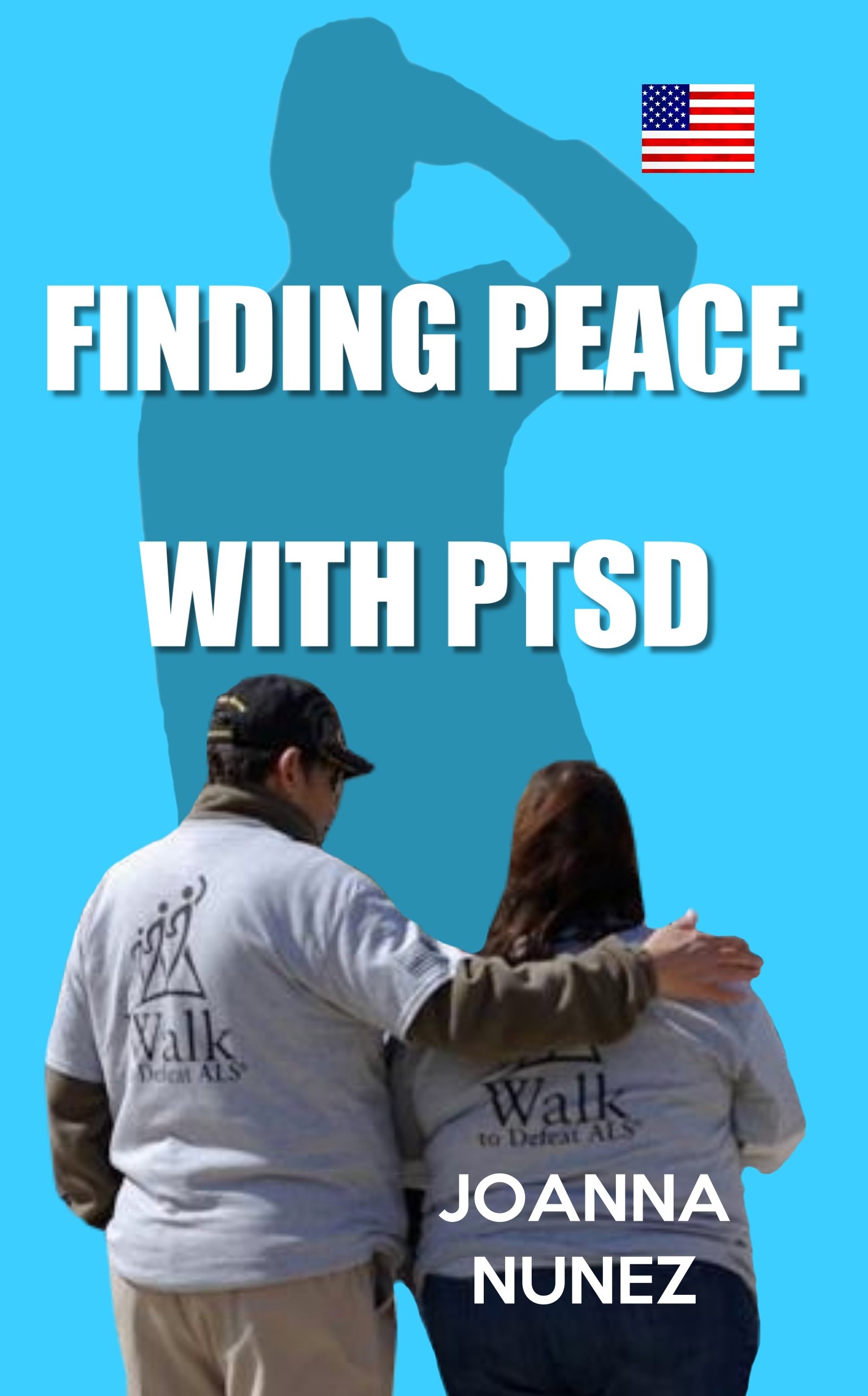 Who Was My Dad Before The War?

I worked various jobs to become licensed (two years of clinical work). I ended up working for the Department of the Army as a Substance Abuse counselor and saw a common theme: young soldiers coming back from war, Operation Iraqi Freedom/Operation Enduring Freedom (OIF/OEF), and drinking—lots of drinking. They were drinking to sleep, drinking to forget, drinking to numb the pain, and drinking to function.

I never related my dad to these guys. These guys were young. They were separated from their families for fifteen months at a time and seeing all kinds of horrible things. They survived when many of their friends didn’t.

Working with them was such a challenge. I wanted to gain their trust and help them, but as a non-veteran—the dreaded civilian—who had never seen combat, how could I possibly understand?

I began to submerse myself in Army culture, reading books like On Combat and On Killing, both written by LTC Dave Grossman. I listened to the soldiers’ speech and their acronyms. I learned of a brotherhood so strong that it could not be broken by death. I listened to them as they shakily recounted gruesome memories, many that kept them awake at night and on a slightly different plane during the day. Many nights, I’d cry on my way home from work.

Please don’t think that I had any illusions or disillusions that by doing these things, I understood my soldiers. Learning about their culture and their combat helped give me some perspective, but I would never be asinine and say, “Oh, I understand combat. I read some books and watched a few documentaries on Netflix.” I think my honesty and nonjudgmental attitude helped me gain their trust.

I worked for the Army for two years, and then I had some decisions to make. I was now fully licensed. I wanted to break away from the strict guidelines of the Army Substance Abuse Program, mainly the Army’s idea that ASAP counselors were only supposed to focus on the soldiers’ substance use/abuse and not any underlying causes. That was what the Department of Behavioral Health was for. (Army logic at its finest.)

An opportunity arose that I couldn’t refuse, opening my own private practice at a really low overhead rate. I leapt before I looked, and six months later, I was a twenty-nine-year-old with her own practice, two phone lines, a couch, a nice therapist’s chair, and no clients.

Luckily, word spread. Several soldiers that I helped at ASAP were back from deployment and found me in the phonebook. Several doctors on Fort Bragg knew me from my ASAP days and sent referrals my way. My mentor and officemate, Pat, referred clients. Former ASAP colleagues who still worked at ASAP or in other departments on Fort Bragg referred soldiers. My practice slowly grew.

About a year into the practice, I began seeing an Army wife each week. She was in her late thirties, had three children, and had weathered her husband’s multiple deployments. Her husband was showing all the symptoms of PTSD (per her report), and it was starting to affect their family life.

One day in a session, she said, “I know that {my oldest daughter} remembers what he was like before deployments, but my young sons will never know their dad pre-war.”

She went on to describe his harsh criticism of all the children, his intolerance of even the slightest infraction, and the constant arguing that went on. It was like all the air got sucked out of the room for me. It suddenly clicked. She was describing my dad. I didn’t know what my dad was like before the war. I knew the post-Vietnam shell of a dad that I had been given, however.

Maybe he hadn’t been this mean, ornery, or demanding all of his life. Maybe he was just like the young soldiers I saw at ASAP, once full of life and freedom, but now with a certain haunted look about them. They had restless nights, no quality sleep, lots of alcohol, spice, or illegal drugs to function. They were happy to be alive, but angry at their survival at the same time.

Was that my dad? Seeing that we didn’t have the most loving and open of relationships, how was I supposed to find out? I thought it would be pretty awkward at the next family gathering to pull him aside and say, “Hey, Dad. How have things been? Really? That’s cool. What were you like before Vietnam?”

Growing up, he NEVER talked about the war. I was four when he retired, so my memories of his Army life are pretty vague. I remembered his retirement ceremony, mainly that he had to give a speech and that there was a huge cake. I remember watching planes land and take off at Pope Air Force Base (now Pope Army Airfield) with him on rare occasions. I saw pictures of him in Korea, in uniform, in the field, but all of that meant nothing.

And then, my dad began to drink. 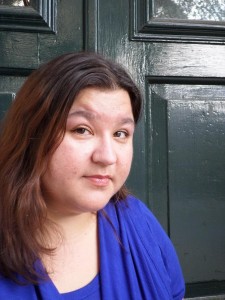 Joanna Nunez is a licensed clinical social worker (LCSW) who has a private practice near Ft. Bragg, NC. She specializes in trauma, mood disorders, and children’s behavior, specifically after traumatic events. She also acts as the program coordinator of Victims’ Services and Military Liaison for a Fayetteville, NC nonprofit organization.

Joanna received her Master of Social Work from East Carolina University in 2007. She is a proud Give An Hour (giveanhour.org) provider, and likes to volunteer at Wear Blue: Run To Remember (wearblueruntoremember.org) events, occasionally waking up very early on Saturday mornings to train with them.

Joanna is honored to work with the caregivers and persons with ALS of the Jim “Catfish” Hunter Chapter. In her precious spare time, she enjoys traveling, baking, cooking, walking, and paranormal investigations. She is also owned by five cats and couldn’t ask for anything else, except more cats.

356 thoughts on “#CoverReveal: Finding Peace With PTSD By Joanna Nunez”