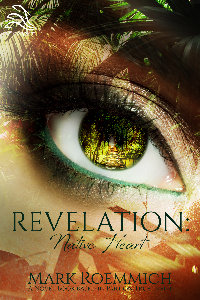 (Purchase links will be posted soon.)

A tempest will be unleashed upon the House of Barrett and the incumbent of the powerful seat of the chairman will lash out at all political foes who challenge . . .

I have been in the rainforest almost three months now, and these little people have accepted me without judgment. They are a simple people trying to survive in a new world. Their home, the rainforest, is being pillaged and raped by progress. They are dying out slowly, but they keep going strong.

I have grown close to them as much as possible. It is difficult, at times, but if I stay the course, I believe that I can come to know them.

They are simple, but their customs and beliefs are complex. I try to understand, but our differences clash greatly. They do as I ask because I ask it, and therefore, they do it. They call me Patron. It’s a title of honor, I guess.

When I first arrived I was reticent to stay with them since they are predominantly hunters and practice cannibalism. I have since learned that this inclination has a strange, but propitious, intendment, so I have dismissed it from my thoughts.

LOS ANGELES, THE CITY OF ANGELS, is a formal place consisting of failures and successes, hiding its true identity in the shadows of its surrounding communities. These failures and successes are present as if they are exhaustive, when, in fact, other alternatives are possible to anyone that wants a better life while disregarding fame and fortune.

CHRISTINE BARRETT, daughter to one of the richest, most powerful, and ruthless men in the world, returns to the family estate from her beach hideaway and finds the house surrounded by emergency vehicles. She is thirty-two years of age and has lived a golden spoon life under the thumb of her ruthless father and controlling brother.

Before the age of twenty, she’d been scandalously discharged from five major colleges. She has admitted to have bedded over a hundred wealthy and prominent men, including chancellors at several of the colleges where she’d been dismissed. The fruit doesn’t fall far from the tree, however. One might say that Paris Hilton or Kim Kardashian might be considered minor league compared to her.

As Christine approaches the three hundred acre estate, she discovers that the massive gates are open. She makes her way up to the mansion, pulling up behind a large group of cars. She is immediately met by the local police that have set up a barrier to the main house. She knows for certain that no event has been scheduled since her father fell ill years ago and all charity and goodwill stopped. A police officer approaches the Mercedes and she rolls down the window.

“This is my home, Officer. Stand aside, or I’ll be forced to disable you,” she states with serious conviction.

The officer recognizes Christine and immediately steps back, unwilling to challenge the threat. Her reputation precedes her and that is enough for him. Christine pulls up and around the flashing lights and steps out of the vehicle. She enters the house and finds Paul Barrett Jr. standing in the foyer, waiting for her with a concerned look on his face.

“You’re not my keeper and I had my cell turned off. What’s going on?” she inquires, her words coated with venom.

Paul shrinks back and points toward their father’s suite. “He had a heart attack, as if you give a shit,” he replies as she climbs the stairs.

She hopes that the answer is a yes. There is nothing she wants more than to get her inheritance and see the bastard die. The bad history between her and her father comes to mind, but she dismisses it. There are far more important things to dwell upon.

Paul Jr. notices that the emergency people and local police standing in the foyer have overheard Christine’s words. “Christ, Christine, he had a heart attack. Stop joking around!”

Christine’s eyes narrow as she stares at him. She couldn’t care less as to whom has overheard what she’s said.

“Who’s joking around? If you haven’t forgotten, dear brother, he’s had your balls in a vice for years now.”

A sudden scream comes from their father’s suite. They rush toward the room, unsure of what they’ll find.