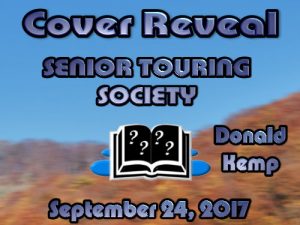 Donald Kemp has a book releasing on the 24th of October. Today, we’d like to share with you all the book’s lovely cover.

Congratulations in advance on release, Donald.

What could possibly go wrong with a group of gentle, lovable, and temperate seniors?

A seasoned, but often misunderstood group of seniors is determined in enjoying life to the fullest. Lost in the euphoria of the past while living in the present, the seniors make every day count. They get together every month to toss around ideas and decide on suitable trips that will broaden their horizons.

For you, the reader, some of their actions will make you laugh. Some will remind you of someone you know, making you think along the lines of, “Oh, yeah, that’s just like my Uncle Harry!”

An eclectic bunch, the group often gets into trouble wherever they go. Nevertheless, the ensuing shenanigans don’t deter them from their current goal—to make the most of the trips they take. From a stroll through a doctor’s office, having tea, or spending time with friends and family, the seniors are there for one another whenever needed.

The Senior Touring Society is determined in providing as much entertainment for themselves as often as possible. Planning their trips is never easy, however. There are ups and downs, and all sorts of details to hammer out. Though the seniors often get more than they’ve bargained for, they’re willing to make the best of the situations they find themselves in. 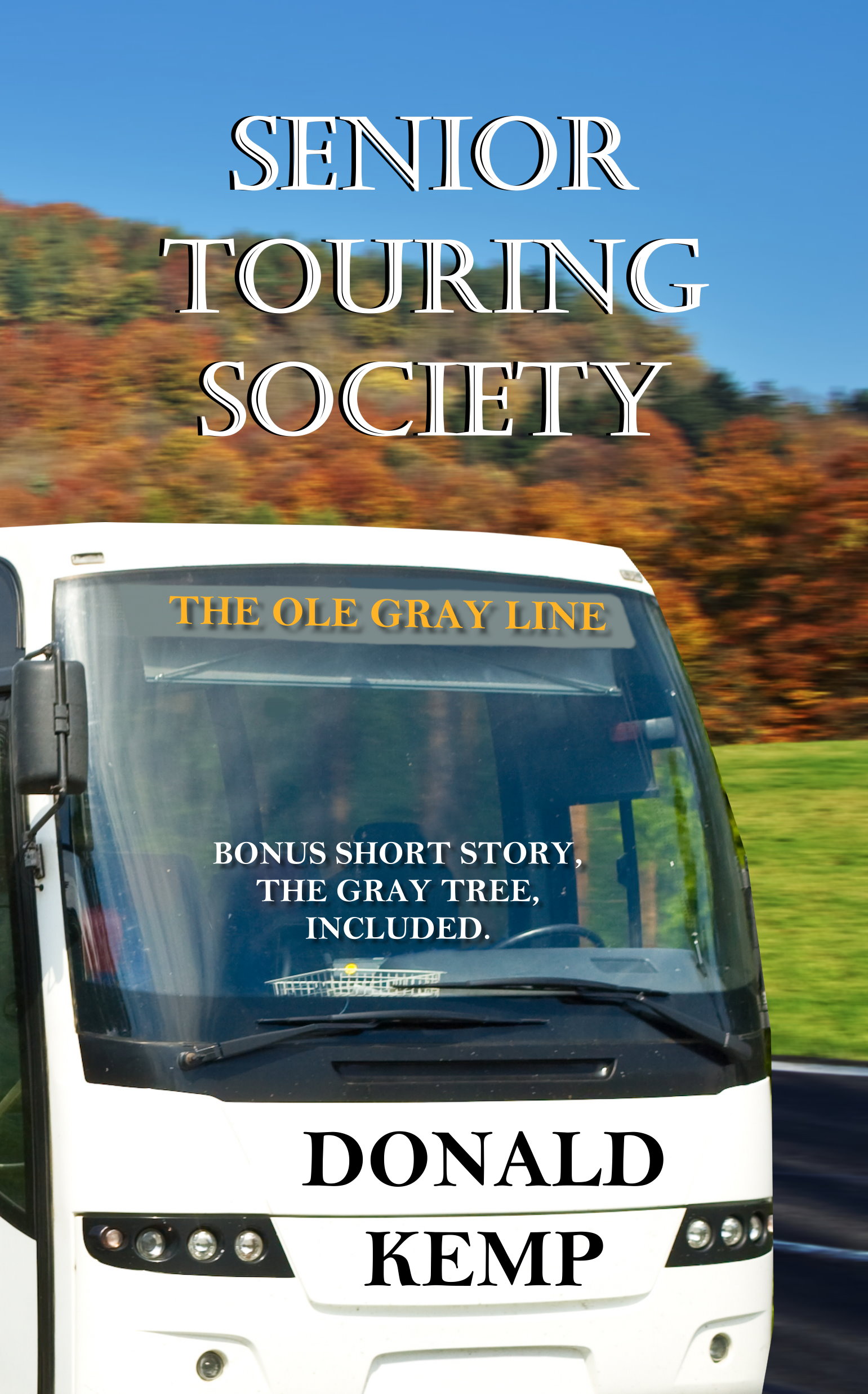 THE late Harrison Secord, one of the charter members of the Senior Touring Society, endowed enough money in his trust to purchase a small one-story building one block off Main Street. A section of the trust provides funds to pay for future taxes and upkeep. Originally a ladies dress shop, it shares common walls with shops on each side. Large windows can be seen along the front wall of the building once occupied by mannequins in fancy dresses.

A charter member who owns a furniture store has donated plenty of chairs and tables that can be arranged to the members’ liking.

One of the charter members volunteered to remove the faded red and gold flowered wallpaper, repair any defects in the walls, and prepare them for painting, doing the work without labor costs and only charging for any materials used. The members have chosen a soft eggshell white color to help brighten the long narrow room. The solid oak floors were sanded smooth and sealed with a long-lasting non-skid wax.

Several nicely framed photos of past trips adorn the walls. The back wall has a small closet that is used for the storage of the Society’s tables, chairs, and the coffee urn. A few dishes and supplies to make the coffee can be found in a wall cabinet with a small sink below. A shelf holds coffee mugs with each member’s name on the side. A door to the parking lot stands to the right of the closet. On the other side is a very small room with a commode and sink.

LYLE, an ex-army sergeant, retired with thirty-six years of service, joined the society four years ago when he turned fifty-five. He sports a brush haircut and always wears a black bow tie with a heavily starched white shirt.

Today is Tuesday. Some of the members have already arrived for the monthly meeting. Lyle is always the first to open the front doors and make coffee in the urn. He has brought out a few chairs and a table for the chairperson.

“We really need a small fridge,” he says to Sally, who is sipping her coffee nearby.

“At almost every meeting, we talk about that, but nobody has bought one.”

“I’ll see what some of the charities have for sale this week and get it. No sense in putting it off any longer.”

“Need any help, Lyle? I would be happy to go with you. Maybe we could take in a movie and have dinner someplace romantic. We could talk about going to our island in the South Pacific.”

“Thanks for the offer, Sally, but I can’t do it. I’ll probably go shopping on my lunch hour and not have time for a movie and dinner.”

The Society meets at least once a month to plan and organize various day trips and tours for the coming months. A chairperson is assigned alphabetically for the monthly meetings, so no one person is stuck with the job for every meeting. A separate list is kept for the ‘special’ tours. The chairperson does the research for costs, accommodations, and other necessary items.

Today, Emma is in charge of the meeting about approving a trip for the annual ‘special’ tour, which can be as long as a week rather than just a day trip. She moves to the chairperson’s table and sits down on the chair provided, her hands curled beneath her to keep them from trembling.

Lyle has become the self-appointed leader of the Senior Touring Society, acting as guardian and occasional problem solver on tours. Standing beside Emma, he places a gentle hand on her shoulder and whispers in her ear.

“I’m right beside you. You can do this. Stand tall. Turn around and face your friends.”

Lyle smiles and nods at Emma. Being a chairperson for a special tour isn’t easy for most of the members. Nevertheless, he has faith in her and knows she’ll do what’s best for the Society. 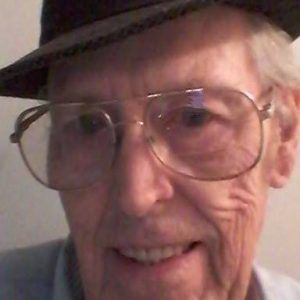