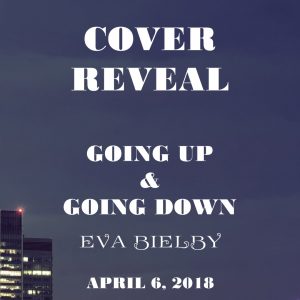 We’ve a nice surprise for you all today. We’d like to share with you all the cover reveal for Eva Bielby’s upcoming release, Going Up & Going Down.

We hope you all enjoy the cover.

Without further ado, here it is. Enjoy!

Everything we do in life always has a price.

Intelligent, well-spoken, and beautiful, Helen Pawson has lived a privileged life. Her parents have made sure she wants for nothing. She’s attended the best private schools and has learned to appreciate the finer things in life. In her mind, she has everything she needs at her fingertips.

Her father’s unexpected illness soon turns Helen’s world topsy-turvy. To make matters worse, she experiences a betrayal that will last a lifetime. Determined to overcome the mental illness she fights to control, she dives head-first into a decision that will change her life forever.

The trials and tribulations of marriage leave her wanting more from the life she leads. Displeased and tired of her husband’s dark secrets, Helen sets out on a voyage of self-discovery. One that leads her straight into the arms of the dashing Simon.

Startled by the fact that she enjoys carnal pleasures in more ways than one, Helen agrees to Simon’s subtle demands. In doing so, he opens her eyes to the dark and gritty world of being a call girl. A world she begins to crave.

The secrets of Helen’s past follow her at every turn. If she’s to succeed in making something of herself, she’ll need to confront each of her ghosts. Will she be able to set all wrongs to right before it’s too late? Or will her new hunger for more end up swallowing her in the process?

Going Up & Going Down is the first novel in the Goings-On Trilogy. 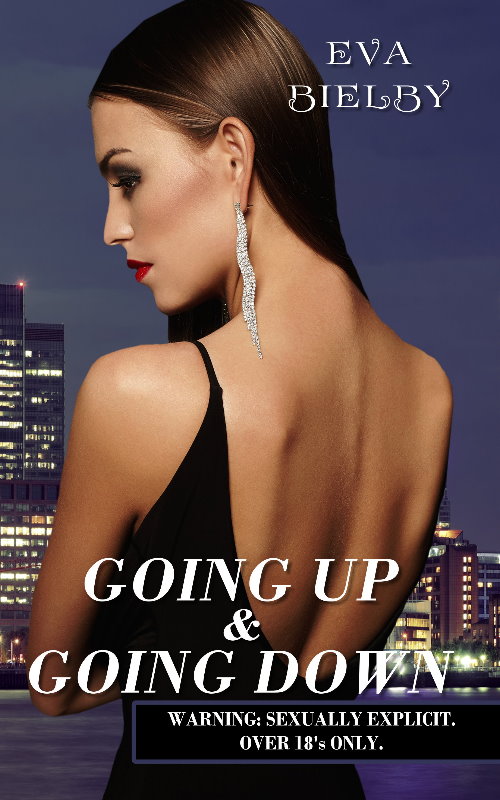 THERE I was, sitting in a top-notch executive hotel room in Paris with a guy I just met, my seventh client since starting this endeavour. I thought I’d grown accustomed to the idea of having sex with total strangers after six clients, but I still couldn’t shake off the apprehension.

I walked into the room, my stomach churning, hoping the beads of perspiration on my forehead went unnoticed. When my client first called me two days ago, he explained that Simon, my first client, handed him my mobile number during a meeting they attended several weeks ago. After introducing himself as David, he offered to pay for my return airfare to London Heathrow.

I accepted the offer and agreed to the flight times he suggested. I collected my tickets at the airport, amazed to see the words, business class, printed on my ticket. My client seemed to be financially secure.

I prayed the husky warmth of his voice matched the image I conjured in my mind. When I’m being paid for sexual services, it certainly helps the mood to find the client a little attractive, since my business arrangements are also a means of trying to fulfil my own sexual needs. Badly hurt twice in my past, my new career would eliminate the need to have boyfriends and emotional involvements in the future. I didn’t need the hurt that seemed to go hand in hand with love.

When David met me in the hotel lobby, I wasn’t disappointed. He wore an expensive suit and a beautiful white shirt, his tie loose around the open collar. His eyes were a striking green. A few tinges of grey dotted his dark hair.

It was going to be both easier and harder this time. Easier because he was quite attractive, but also harder for the same reason.

During my previous sexual encounter, I closed my eyes to the man’s imperfections and vague attractiveness, losing myself in a fantasy. I remained emotionally detached and thoroughly enjoyed the orgasms my wildest fantasies took me to.

I had no need to fantasise with this guy, but how could I close my eyes? How could I avoid looking at him? 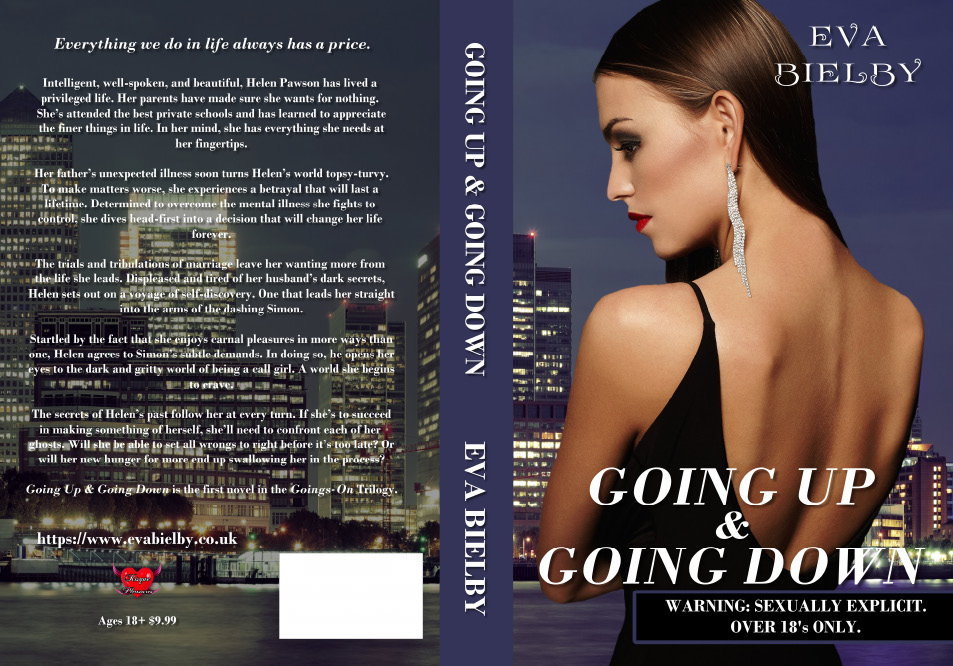 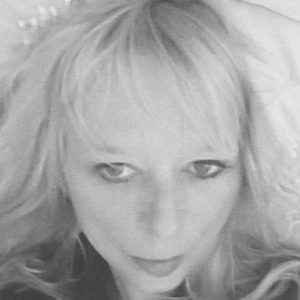 252 thoughts on “#CoverReveal: Going Up & Going Down By Eva Bielby”